You may recall that last year Meredithe and Anne came up with the idea of managing “Significant Progress” on six old projects or Works In Slow Progress, with room for six entirely new ones – because we all know how easy it is to be completely knocked for a loop by a shiny new project or sudden obsession with a new technique! – and have called the project “6 and 6 in 2018“. It was extended to add “6 Yarny Things”, halfway through the year. Again, I wasn’t very organised about posting updates, but I have at least managed to do a round-up of the year. 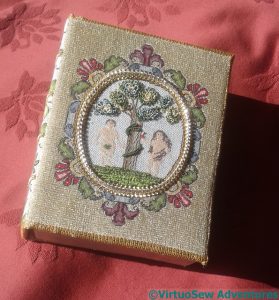 Eve In The Garden Of Eden Finished 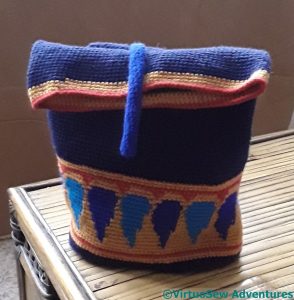 First of all, the Old projects:

Eve in the Garden of Eden is finished, and so is the Amarna Backpack! 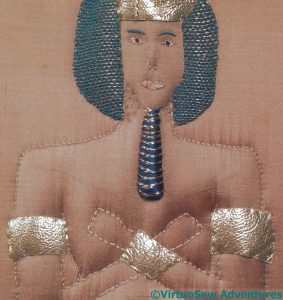 Akhenaten has moved on significantly, and with a few reservations about detail and solving a few last little problems, I’m very pleased with him indeed. 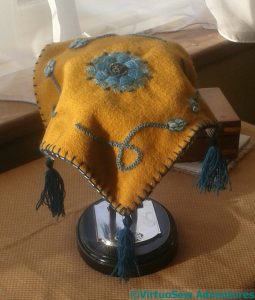 Of course, there was the little magnifier cover (finished), which was a vaguely StitchOff-inspired piece worked last Christmas and New Year. 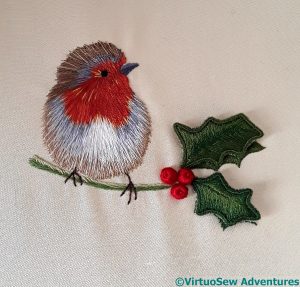 Then there was the little Robin. I’ve not finished him into something yet, but I enjoyed working him, and I have become a little more comfortable with silk shading! 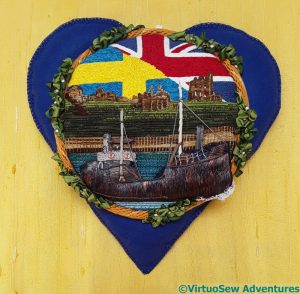 And, of course, there was “Leaving The Tyne, 1915“, which was a very intense, and very long-running project, which, if I say so myself, was finished triumphantly in advance of deadline, and formed part of the display in Liverpool Cathedral.

Then, when I hit the buffers with Akhenaten, because I’m not sure what to do next, I got started on the Head of Ankhsenpaaten. She’s not finished yet, either… 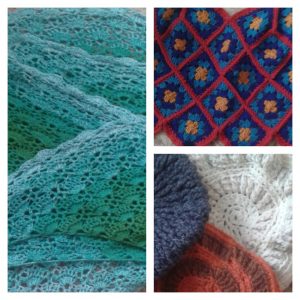 And finally, the Yarny Things. These are a shawl, a cape, and three berets. There’s another beret somewhere, and a pair of socks. That’s seven!

I’ve also started on a Moebius Shawl, and another pair of socks…. It’s just possible that I’ve taken to crochet more than I might have expected to!