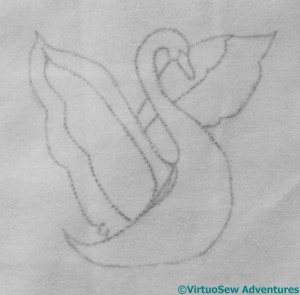 The Swan is a much simplified rendition of a photographed one. I decided in the end to change the lines on the nearer wing, so it more clearly grows from the body of the bird, but one of the great advantages of laid and couched work is that it covers such infelicities of drafting – just so long as you remember  to ignore the lines that you had decided to ignore (if you follow me…)!

It still looks a little too naturalistic, but the colours will help (blues and purples, like the Unicorn). I will have to work out suitable embellishments for the wings in due course, as well, and that will also help. As it happens, the layer of laid and couched work gave me quite enough trouble! 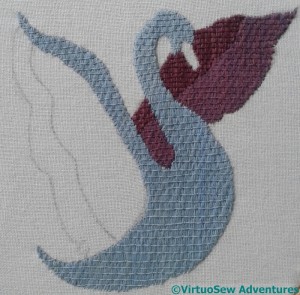 I wanted to work the body in the pale blue, to maintain at least some link with the real thing (after all, shadows on white often look blue…).

That made it possible to make sure that I reminded myself to include the forward edge of the nearest wing in with the body.

Then the more distant wing  clearly had to be in purples as being more distant and helping to throw the body forward visually. And then I came to a grinding halt – which may explain why you haven’t seen the wretched thing.

I enjoy the technique enormously, but it’s taken me all summer to ignore it and clear my head of colour schemes I hated, come back to it, and try again. 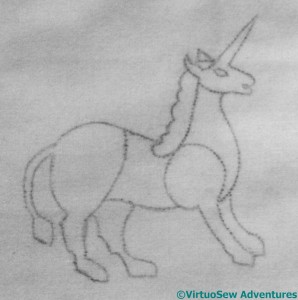 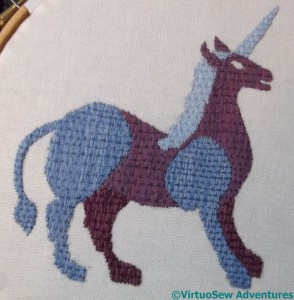 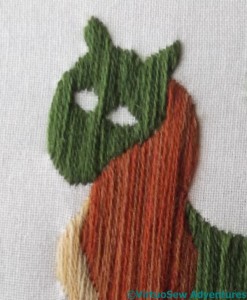 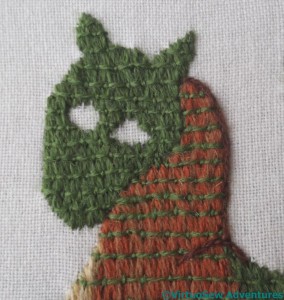 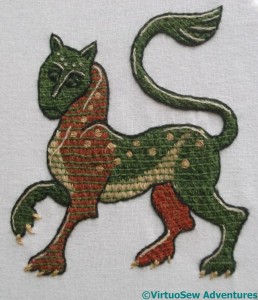 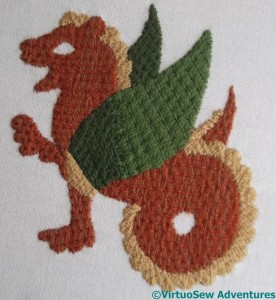 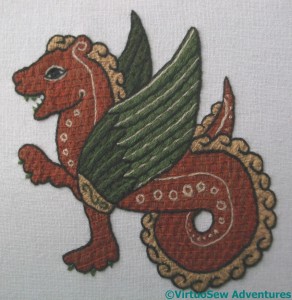 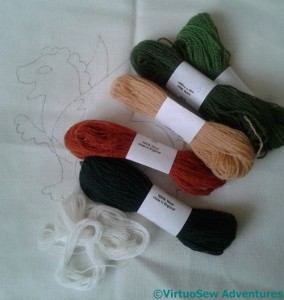 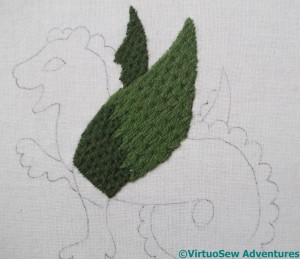