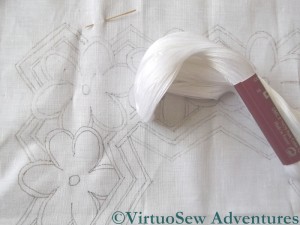 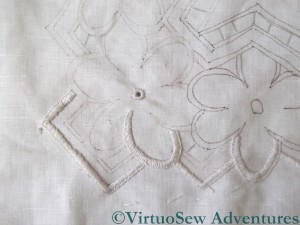 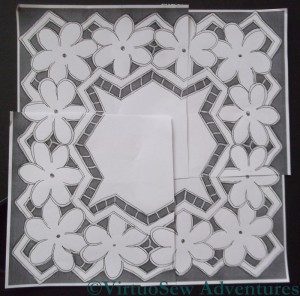 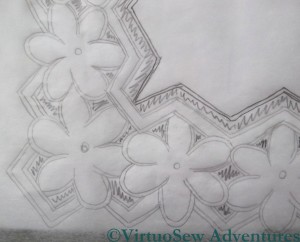 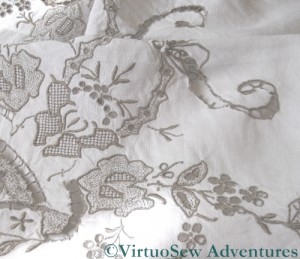 A Cutwork Tablecloth in need of some loving attention

One of the advantages of a family obsession with textiles is that no-one looks at me strangely when I get excited about a fabric, a thread, or a stitch.

One of the disadvantages is that between us we have a good many pieces stitched (probably) by an aunt, great-aunt or grandmother, which have been in constant use for years. Furthermore, as table-linen, if they get dirty, they just go in the washing machine. Usually this simply results in a cleaner cloth, but sometimes forty years of machine washing will catch up with us. 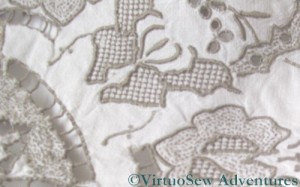 More detail of the Cutwork Tablecloth

We don’t know who stitched this, or even whether it was bought by some ancestress of mine who wanted to rescue it from a jumble sale!

It seems to be a combination of cutwork and pulled work, with some elements I have yet to identify (fortunately I have a whole bookshelf of books to help!), and sadly, it needs mending. 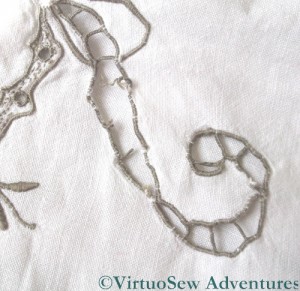 As you see! There are buttonhole bars (or are they overcast bars?) which have actually broken, and in order to repair them I will need to reinstate some of the edgings as well.

Then there are other elements of the embroidery that I will need to identify and and replace. As far as I can tell, everything is worked with a single strand of stranded cotton, and would you believe, in spite of a considerable stash, I had to go out and buy some thread to match the existing one! 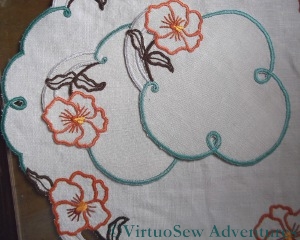