A Happy Christmas To You All

A Happy Christmas to all!

Happy Christmas to you all!

A Happy Christmas to all!

Happy Christmas to you all 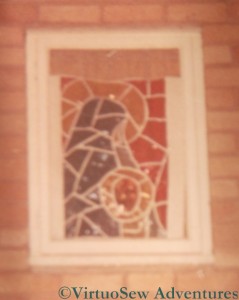 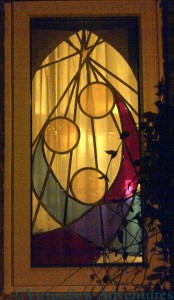 A Happy Christmas to you all! 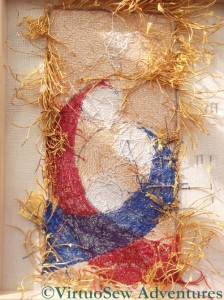 Back view of the finished panel

After considerable effort, and not a few significant struggles that I rather doubted I would win, I think I have finally finished the Christus Natus Est panel.

This back view shows a tangle of ends of the gold thread, caught down occasionally where the silk work has carried on over the top. If you look at the full size picture (click on the one on the left) you will see that in fact the central section is reasonably neat. What has made it untidy is that there were elements that I added to it – the halos that were done after the heads, the rust colour that I added into St Joseph’s robe, the additional light blue added to the Virgin’s robe. And of course there are all those wild gold threads which have a mind of their own!

The full size picture also gives you some idea how tiny all the coloured silk stitches are (we think on the order of 80 to 100 stitches per linear inch) – which will explain why I really didn’t want to have to unpick anything..

I’m going to put it away for a week and then look at it again to be sure it’s as finished as I can make it, before I mount it over padded acid-free card in preparation for framing. 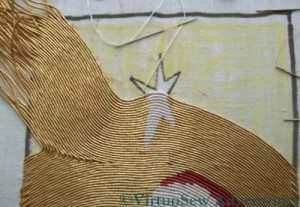 The Star That Rose In The East

I’m pleased with the progress I’m making on the panel now, but I’m becoming slightly anxious that I might run out of the gold thread before I finish the panel. I don’t know how thick the core is at the centre of the spool, and I’ve noticed that the kinks in the gold thread are getting tighter and more stubborn. If  I do run out, that will put paid to the idea of photographing the finished piece for this year’s Christmas card.

You can see from this shot that the extra thickness of the silk thread forming the star is creating an extra curve in the lines of gold. If I were working a classical piece of or nué, with straight lines of gold, I would be trying to space the lines to reduce the effect, or I would have chosen a finer silk thread, with the same aim. In this case, however, I am quite happy to add an extra couple of curves to the gold lines, because it will add life and movement to the background.

If I have enough gold thread, I will rework the corner that is infilling that triangle on the left-hand side. I don’t think that the bends in the thread work as well as they might, and they are revealing the core more than I like. I need to finish the rest of the panel first, though. 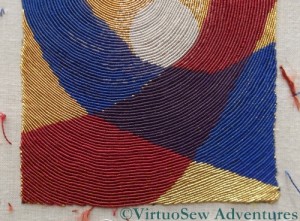 As you can see, my recent obsession with this panel is paying off. I’ve finished the two bottom corners of the panel, and sunk all the loose ends. The red of St Joseph’s robe is enlivened with the rust sprinkled through it. Under normal lighting it barely shows, but it does make a slight difference, and with a strong side light, it warms up the red and increases the contrast with the blue of the Virgin’s robe. Good. I’d hate to have to unpick it! 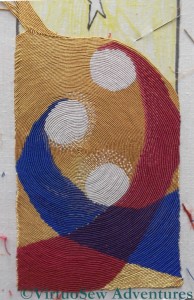 The view of the whole thing shows that I have now only got the star to do in silk – all the other design elements are in. I still have to add St Joseph’s halo, but I’m running slightly short on the cream silk thread and I want to get the star in before I start going back to the haloes.

I’ve also begun to correct the curve of the Virgin’s robe. At the moment it is much too straight, so I am trying to curve it some more.

In fact it is the tidying up of small details such as this which might interfere with my ambition to have this finished by mid-November. I’ll have to continue to tweak until it looks right, and who knows how much I will need to do? 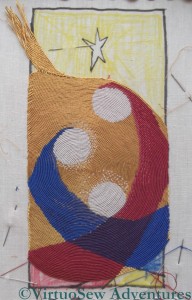 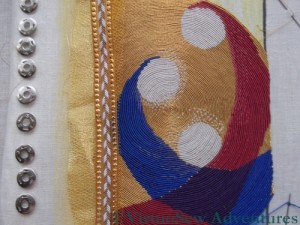