Still more on the Spot Sampler

We’ve had a sudden spurt of good weather and good light recently, so I’ve been making hay while the sun shone (literally!). I’ve also been making an effort to use all of the different gold threads that Tricia provided in the kit, some of them real metal threads, some of them imitation, some thick and some thin. 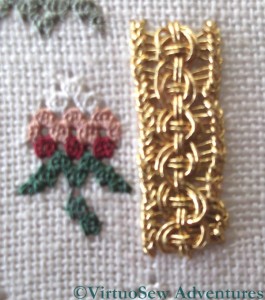 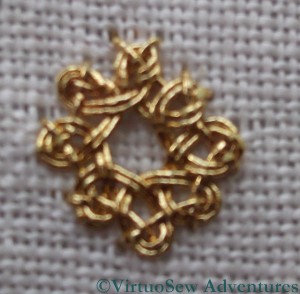 The Eight Sided Interlacing Stitch was an absolute treat to do. It’s important to count the foundation correctly, but from then it was simply a matter of repeating the same set of actions. I’m rather pleased that, by and large, the threads have stayed neatly side-by-side! 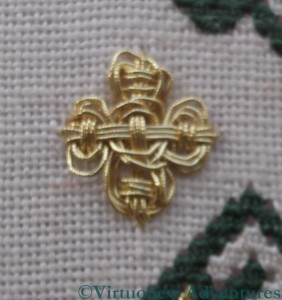