Home | Dreams of Amarna | The Felucca 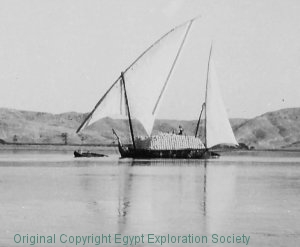