The First Crest for The Dig – Finished

Home | Dreams of Amarna | The First Crest for The Dig – Finished 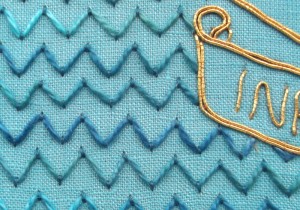 The Cloud Filling Stitch variation that creates the ripple effect is fairly easy to do, and once I had decided to get working on it, finishing the first panel really ripped along.

As you see, I’ve not been too pernickety about spacing. It would have been possible, but it wouldn’t have been in keeping with the original inspiration, besides being utterly maddening to achieve. 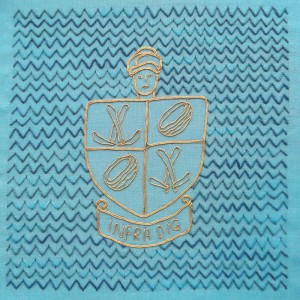 So here it is, done. The other crest panel, when I get to it, will be in silver, with the same background. I need to get the other piece of fabric onto the frame and get ready, because it is good to have at least one project in which I know exactly what I want to do.

There is one question that remains to be solved – how will I edge each panel? I’ve been thinking about lucetting, crochet, or kumihimo. I have a feeling that a lot of experimentation lies in my future.

View all posts by Rachel
A Dilemma →
← Rusty The Dragon